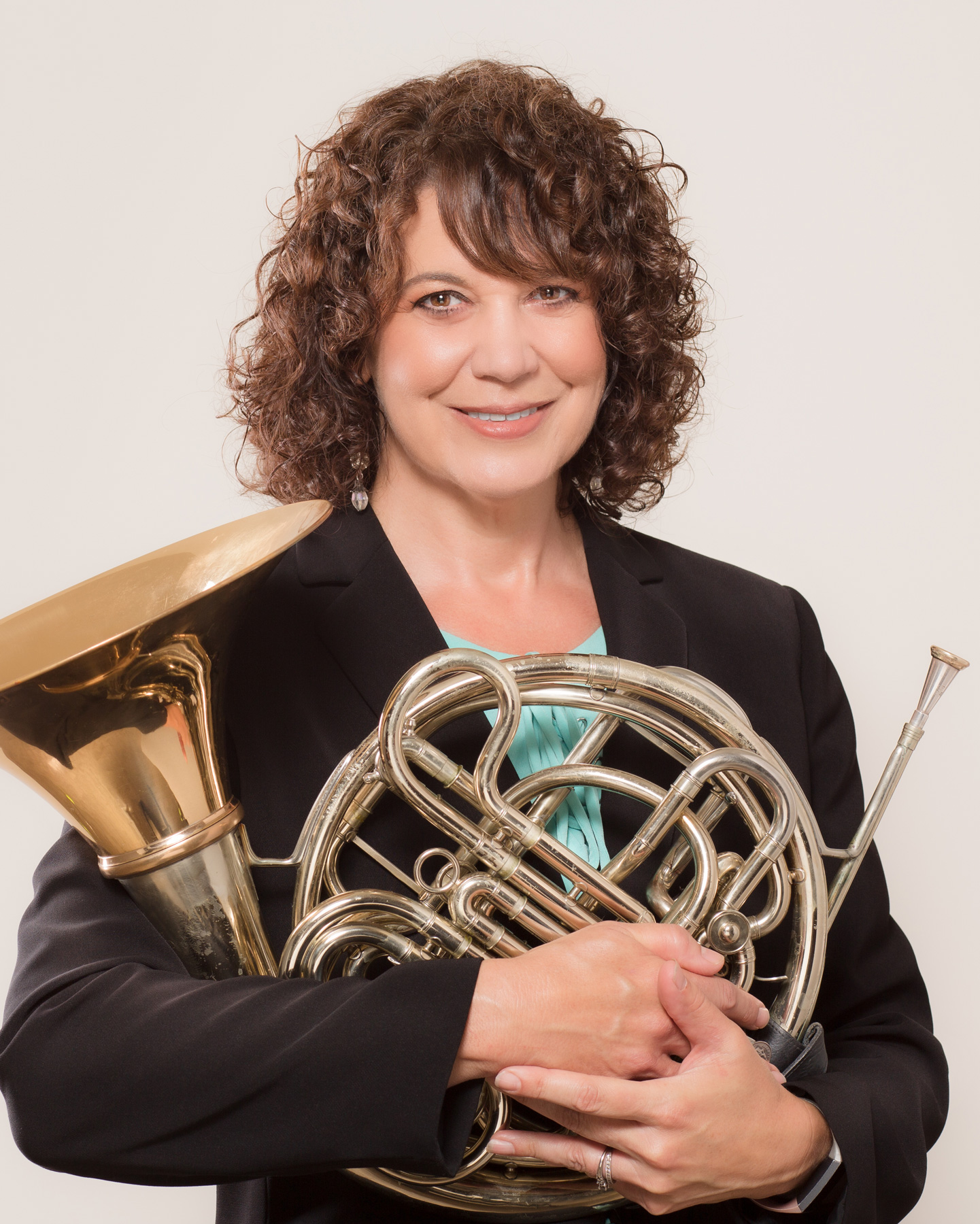 Cindy L. Deane is a professional hornist in Southern California with over 25 years of performing, teaching and coaching experience. Her primary instrument is French Horn, but she is also a lyrical soprano.

Some of her first horn students have become successful professional musicians and music teachers, and have attended schools such as Eastman, UCLA, USC and a Horn Scholarship student at Cal Lutheran University. Many students play in their All-State Bands in California and Washington state, perform at Superior and Command Performance rating levels for their local Solo/Ensemble festivals and are members of their local Youth Symphonies, such as San Francisco Symphony Youth Orchestra, Seattle Youth Symphony, and were members of their All-State Bands. Teaching has included kids in 4th grade all the way up to adults. Adult students starting after a 20 year or more hiatus have come to perform with local community groups. She also teaches other beginning brass instruments, and coaches brass sections.

Cindy is also a vocalist, a lyrical soprano in her own right with a very wide vocal range, having sung in musicals, choir and jazz choir, jazz standards in duos and combos. In high school her jazz choir participated in festivals that were adjudicated by Al Jarreau and Bobby McFerrin. She has studied classical vocal music up through the collegiate level, but began studying voice privately and singing in musicals as early as the age of 8. At age 11 she sang in the school district’s solo and ensemble festival as a soloist receiving Superior and Command Performance ratings, as well as in high school when her first year she sang Mozart’s, Alleluia, receiving a Command Performance rating. She was regularly performing at a young age by auditioning for many productions with Los Altos Children’s Theater and San Jose Children’s Musical Theater. She continues to sing with some of her chamber groups such as Vox Brass, where she plays horn and sings, as well as with a pianist where she collaborates on music singing and playing horn with show tunes, jazz standards, and classical and opera repertoire.

In Seattle, she performed with the following orchestras such as, Tacoma Symphony and Opera, Bellevue Philharmonic, Federal Way Symphony, Northwest Mahler Festival Orchestra, Cascade Symphony, Seattle Philharmonic, Choir of the Sound Orchestra and more. She participated in giving brass demonstrations for Seattle Symphony’s Symphony on Wheels in the schools, and performed for Seattle Symphony’s Tiny Tots shows. Cindy also performed a wide array of chamber music in Seattle with Ladies Musical Club, a member by audition. She was a performer and founding member of the Convergence Chamber Players in the Pacific Northwest as well. They performed regular chamber series with a variety of ensembles in various church venues in and around the Seattle and Puget Sound area. In the Bay Area she was a member of The Chamber League, chamber music group that performed an eclectic array of chamber music for large and small ensembles, with much modern music, performing at venues such as Yerba Buena Gardens.

We use cookies on our website to give you the most relevant experience by remembering your preferences and repeat visits. By clicking “Accept”, you consent to the use of ALL the cookies.
Do not sell my personal information.
Cookie SettingsAccept
Manage consent

This website uses cookies to improve your experience while you navigate through the website. Out of these, the cookies that are categorized as necessary are stored on your browser as they are essential for the working of basic functionalities of the website. We also use third-party cookies that help us analyze and understand how you use this website. These cookies will be stored in your browser only with your consent. You also have the option to opt-out of these cookies. But opting out of some of these cookies may affect your browsing experience.
Necessary Always Enabled
Necessary cookies are absolutely essential for the website to function properly. These cookies ensure basic functionalities and security features of the website, anonymously.
Functional
Functional cookies help to perform certain functionalities like sharing the content of the website on social media platforms, collect feedbacks, and other third-party features.
Performance
Performance cookies are used to understand and analyze the key performance indexes of the website which helps in delivering a better user experience for the visitors.
Analytics
Analytical cookies are used to understand how visitors interact with the website. These cookies help provide information on metrics the number of visitors, bounce rate, traffic source, etc.
Advertisement
Advertisement cookies are used to provide visitors with relevant ads and marketing campaigns. These cookies track visitors across websites and collect information to provide customized ads.
Others
Other uncategorized cookies are those that are being analyzed and have not been classified into a category as yet.
SAVE & ACCEPT
Scroll to Top